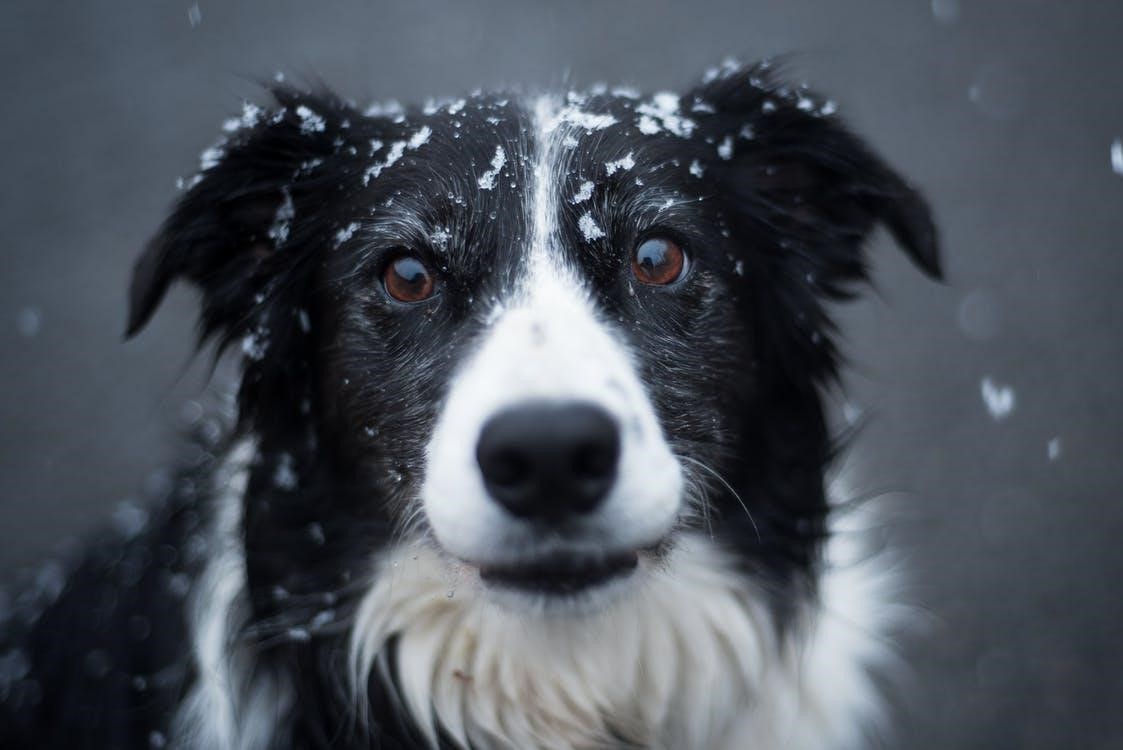 After reading this Border Collie vs Australian shepherd article, you’ll get to know everything there is to know to differentiate between the two by temperament, appearance, and more.

When the Romans successfully conquered Britain, they bought livestock with them along with herding dogs. However, the Vikings also vanquished the Romans away from Britain. This group had their own dogs too! The cross between Roman dogs and Viking dogs led to the development of what we now know today as border collies!

People consider border collies the world’s greatest herders, and they belong to the list of the world’s smartest breeds. The American Kennel Club Herding Group officially recognized the border collie in 1995.

Meanwhile, the Australian shepherd, fondly called the Aussie, began its history near the Pyrenees Mountains in Europe. The Basques, an indigenous people, were shepherds in the region where they used Pyrenean shepherds as herding dogs. However, many members sailed east to the Australian continent in the 1800s after Anglo immigrants came to their place for cattle ranching.

While staying in Australia, the Basque crossed their shepherd dogs with Australia’s Collies and border collies. After which, they sailed off to California with their developed herding dogs. The Californian people thought that the dog breed originally came from Australia, given that the Basque came from that country before moving. Thus, they gave the dog breed the name of an Australian shepherd. The Aussies joined the American Kennel Club Herding Group in 1993, two years before the border collie did.

Similarities and Differences of Border Collie vs Australian shepherd 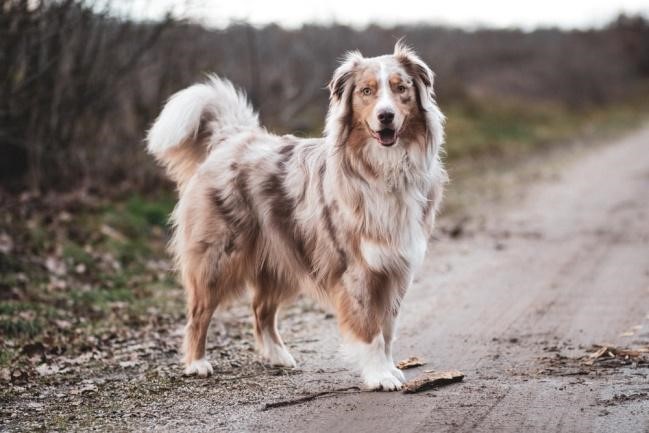 Male border collies may grow up to 19 to 22 inches in height, while male Aussies can be taller at 20 to 23 inches. Females from both breeds may have a height between 18 to 21 inches.

Aussies also tend to be heavier, with males ranging from 50 to 65 lbs, while females are between 40 to 55 lbs. Meanwhile, border collies’ weight can range from 30 to 55 lbs.

Border Collie vs Australian shepherd enjoys medium-length double coats. However, a border collies coat has a distinct wavy look. The border collie breed also has a dense and rough coat when compared to Aussies. Additionally, the coat color for each breed varies, with border collies enjoying more color choices than the limited ones of Aussies.

A border collie may also be white and sable, white, slate, seal, white and seal, and white and gold.

Markings of border collies include:

An Aussie may also have a blue, white, and red color combination, though this is not officially recognized as a standard color of the breed.

Another way to differentiate border collie vs a Australian shepherd dog is through the color of their eyes. Aussies with a merle pattern may have two blue or brown eyes or marble eyes. Sometimes, they can even have blue in one eye and brown in the other. Aussies are prone to a collie eye anomaly called heterochromia, a condition where a person or animal has two different eye colors.

Border collies may also have heterochromia, especially if they have the merle gene. However, most border collies mostly have cocoa-colored eyes or light blue.

The way border collie vs Australian shepherd look is somewhat similar, and they are both used as shepherd dogs. Both dogs are also considered intelligent breeds. But it is the border collie that ranks the highest in the intelligence spectrum since it is known as the most intelligent dog in the world, according to a study conducted by psychologist Stanley Coren. The Australian shepherd, meanwhile, ranks at number 42.

These two breeds also love to work.  Thus, they are very energetic and want to always be on the go. But, one must know that they also have differences in temperament and character.

Due to the difference in characteristics, border collies are more suitable for less experienced owners while Aussies are best for those who can manage them properly.

As herding dogs, these breeds have different work ethics too. Though both have the energy to do the work and are very hardworking when you put them on a task, they approach their herding instinct on a slightly different note.

Border collies work from a distance, gathering the sheep herd. Border collies are not barkers. Instead, they keep the herd together by making eye contact with the sheep to get them into their right positions.

Meanwhile, the Aussies herd cattle up close. Instead of gathering the herd like the border collie, an Aussie drives the animals from one place to another. Aussies serve like a guide as the herd transfers from different places. Unlike border collies that herd through eye contact, Aussies herd through moving. It flanks the livestock either from the side or behind to get them into the position. Aussies also bark a lot when needed.

Taking a dog under your wing requires research to get the best suitable partner and companion. No two dogs are alike, and each breed differs from one another. Make sure that before you get a fur baby, you already know enough about how to take care of them, how to stimulate and train them, as well as their possible medical conditions in the future.

Always remember that being a pet parent is a big responsibility that requires a strong commitment from you. So, whether you choose to have a dog from the border collie or Australian shepherd breed, ensure that you and your lifestyle are a right fit for your future pooch.

Do Beagles Bark a Lot – And Tips for Stopping Them

Appetite Stimulant for Dogs – How to Get Your Dog Eating Again