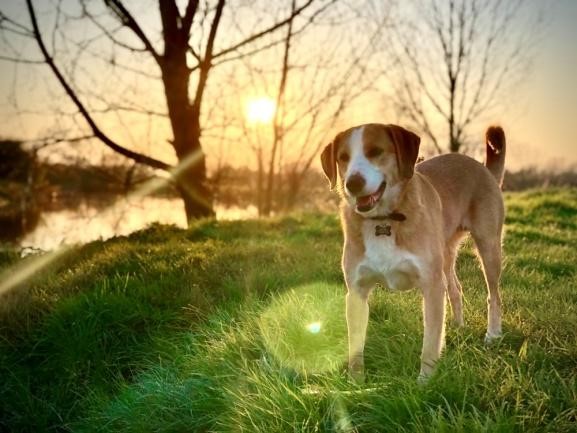 Do Beagles Bark a Lot – And Tips for Stopping Them

Barking is an innate characteristic of any dog. It just so happens that some dogs bark more than others, and this can be associated with the breed they belong to. For those people considering getting an eagle as a pet, the question of whether beagles bark a lot always comes into play.

That’s what this whole article is intended for! Everything you need to know about Beagle barking is here!

Do Beagles Bark a Lot?

So, do beagles bark a lot compared to other dogs? The American Kennel Club rates the Beagle’s barking level at 4 out of 5. This means that beagles do bark a lot! They almost get the perfect score for barking.

Why Do Beagles Bark a Lot?

Too much barking can be annoying to most people. However, let’s not blame a dog’s inner nature for that! It all comes down to their natural instinct and the reason/s why they were bred in the first place.

Beagles are known as descendants of a breed found in Ancient Rome. And it’s not just any other faraway descendant, but rather a direct one! Their ancestors learned to recognize and follow the scent of rabbits during ancient times.

Modern-day beagles follow not only the scent of rabbits but also hares, badgers, foxes, and even vermin. Thus, beagles make wonderful hound dogs. As a hound dog that accompanies hunters during hunting trips, they are trained to bark to let the hunters know that they are trailing something.

So, do not get mad if your Beagle barks a lot. After all, it is trained to do so, and innate habits die hard.

Knowing why beagles bark a lot also requires you to understand the different sounds this breed makes. beagles do not just bark, but they also bay and howl. Discerning each sound allows you to become more familiar with how a Beagle communicates.

Barking has a standard sound. Most beagles make this sound during normal occasions, such as someone being at the door or someone passing by. Beagles bark to communicate with their humans for all normal issues that concern them. For example, a beagle bark lets you know that your pooch is already hungry or wants your attention for playtime. It also barks to let you know that it wants to go out for peeing or pooping.

A beagle bark is the same as in other dogs. It is composed of short syllables.

Beagles mostly use the bay sound to get a human’s attention. This sound is somewhat special and unique to the beagle breed. A beagle will use this sound if regular barking won’t get your attention. Thus, they will make louder sounds and switch from barking to baying. This can annoy humans due to its sharp and loud pitch.

Beagles also use this sound to convey loneliness if they are left alone or if whenever they are dying for your attention! When out hunting, beagles tend to bay to inform other hunting dogs in the pack that they have found a scent.

A bay is distinguishable with its mixture of barking and howling. It has prolonged sounds similar to howling with bark-like pauses in it. It may even sound like a yodel.

If there is one sound you do not want to hear from a beagle (except when hunting), it’s howling. Not all beagles howl, but most of them do. Howling is a part of their nature as hunting dogs. Once hunting beagles howl, it means that prey has been sighted already.

If your beagle is not out hunting, it may still howl for several “ordinary” reasons, such as another dog passing by or a tree branch waving in the wind. It may also howl to let you know that it is bored or if it is left alone for a long time.

A howl is a one-long syllable sound that comes out from your beagle. It sounds mostly somber and eery. One can distinguish a howl by looking at the beagle because it normally makes the sound by raising its snout towards the sky.

Do Beagles Bark a Lot When Left Alone?

Dogs that are left alone bark if not trained properly. Beagles are no different. This breed has some separation anxiety issues that you have to deal with. Beagles can bark when left alone too. However, most beagles choose to either bay or howl if they feel anxious without their humans. This can get annoying for your neighbors, especially if you live in a building or condominium.

Some people use bark collars to stop separation anxiety. But, professionals are not keen on this idea. Instead, slowly train your dog to feel at ease when you are gone. Start with leaving your pooch for a short period and gradually increase the length. It also helps to leave a used and unwashed t-shirt of yours so that your dog can play with it while the scent gives comfort. 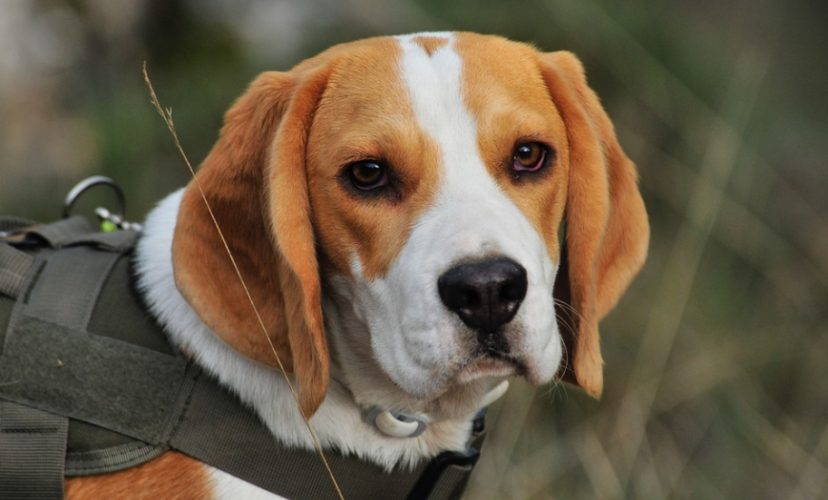 Tips on How to Manage Beagles from Barking a Lot

There are many reasons why beagles bark. This can range from separation anxiety, hunger, fear or stress, and even poor socialization skills. As irritating as it may seem, do not get mad at your fur baby. Instead, make adjustments and train it to become more calm and composed.

Know the Reason for Barking

Dogs use barking as a form of communication. So, understand why beagles bark a lot. Is it because of hunger or fear? Or perhaps it just wants your attention? As soon as you recognize the reason, you can deal with it properly.

Learn to Ignore… When You Should

A barking dog tugs any hearts. You want to address the issue as soon as possible to assure your pooch that you are always there. But, just like how we learn to ignore a toddler’s tantrums, we should also ignore our dog’s unnecessary barking. If you think that the dog is just seeking attention, it is best to ignore it until it calms down and gives up on barking. Otherwise, it will only make a habit out of barking if it knows that it can control you with just a simple bark.

However, you should differentiate unnecessary barking from important ones. For example, calls for hunger or for pooping need to be addressed immediately.

Good socialization makes beagles friendlier with other people and animals. Since one of the reasons why beagles bark a lot is poor socialization skills, it needs to get accustomed to various settings where interaction is required. That is why you should keep introducing your Beagle to other people. Let others play with your pooch. Also, bring it to parks where it can play with other dogs too.

Basic commands are essential to make sure that any pets are well-behaved. The quiet command is also an important lesson that all canines must learn. Train the Beagle daily. Make sure that you have lots of patience and treats since it might take a while for your Beagle to learn the command.

Beagles bark when they are fearful of something. No matter how big or small the cause of fear is, the dog will make sure that you know what it feels like. It helps when you can identify why your dog is scared. Desensitize your dog by gradually exposing it to the source of fear. Harmless repeated exposures that assure the dog that it has nothing to worry about help contain the fear and lessen the barking.

Appetite Stimulant for Dogs – How to Get Your Dog Eating Again

Dog Twitching in Sleep? Let Them Lie – Here is Why!