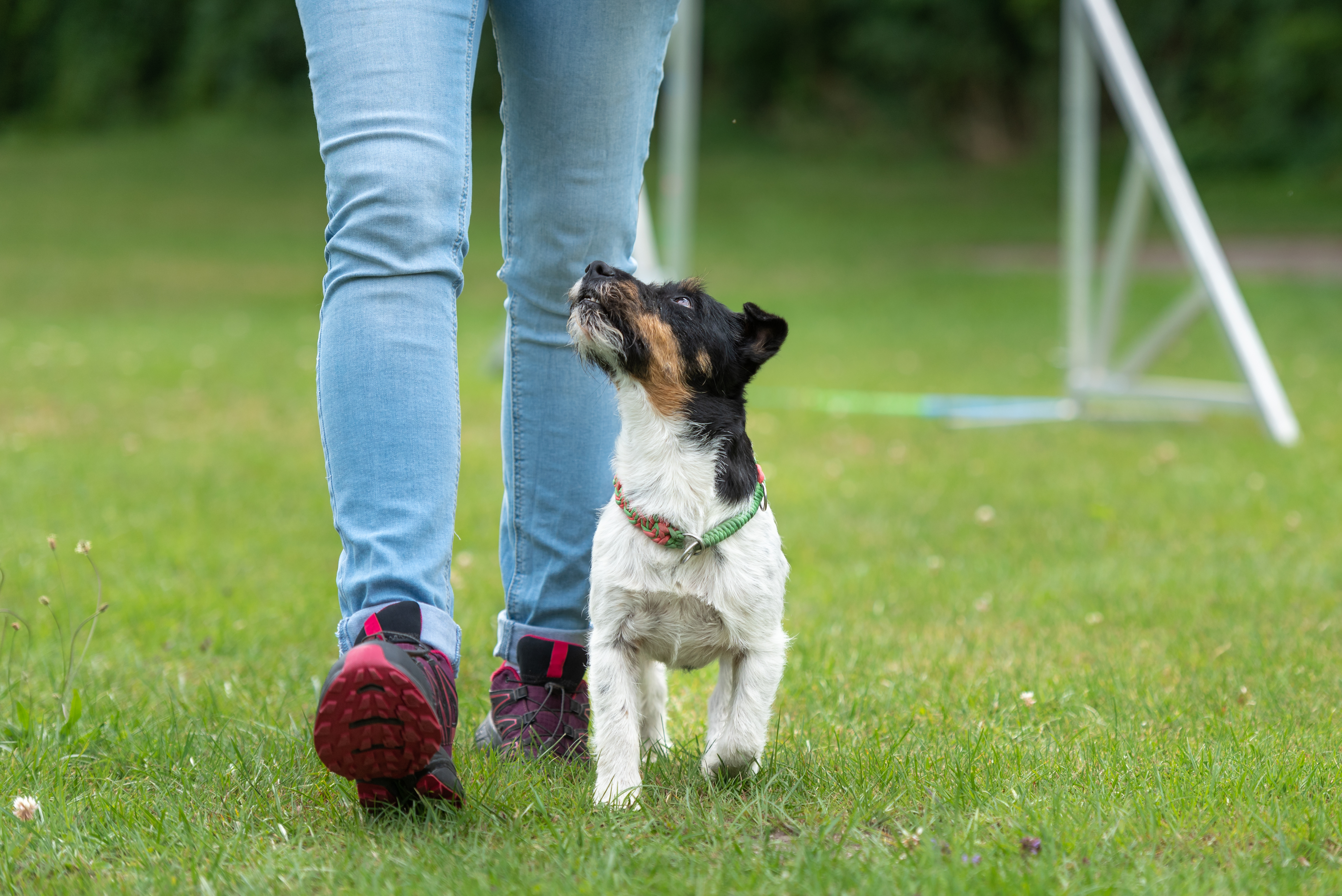 Easy Commands to Teach a Dog

So, you just got a new dog and they do not know a single command. Obviously you want to teach them some commands, but you also want to start off easy. So, let’s talk about four easy commands to teach your dog, that don’t take too much effort and should be relatively easy to master.

One of the easiest commands to teach a dog is how to sit. It’s probably the first thing that anybody will teach their dog to do, and it’s something you can start at a very young age. The fact of the matter is that teaching a dog to sit does not take much work. All you have to do is say the command, which in this case is “sit,” and push down lightly on the dog’s backside, until they sit down.

You might have to push a little harder in case the dog doesn’t understand, but not too hard of course, just hard enough to get that backside touching the ground. Remember to always reward your dog for success. The only way your dog will learn to obey a command is through a reward system. So, say the command, push the backside down to the ground, and then immediately provide your dog with a treat as a reward to reinforce good behavior.

The trick here, especially because it is the first command you are teaching your dog, is to be patient and repetitive. It could take dozens or hundreds of repetitions to really get this down. Eventually, your dog will sit without you having to push its backside to the ground, and when they do, reward them to reinforce that behavior. After a while, you can then eliminate the treats from the occasion, although they never hurt.

What you need to do when you say this command is to lightly take the paws of your dog or puppy and pull them forward until the dog is laying down with its stomach on the ground. Now, this might take some time to accomplish, especially with a puppy that will try to gnaw at your hands as you pull its paws forward. Remember though, be patient, it’s just a puppy and it thinks this is a fun game.

Just don’t lose your patience. Say the command, pull the paws forward, and then immediately provide them with a reward, a nice tasty treat to reinforce that good behavior. The down command can be a bit harder to master than the sit command, but it’s why it’s not the first one you should teach. Once again, it might take a few hundred tries, but eventually the dog should understand.

Another super easy command to teach a dog is how to come to you. Now, this may be harder with some than with others, as some dogs naturally come to their owners out of instinct, while other might just want to play and run around, and being distracted by other dogs or new places won’t help either. What is helpful is a pocket full of tasty treats.

Dogs love food and will do mostly anything for it. So, what you need to do here is to say the command, “come,” and show the dog a treat. The dog will come for the treat, and when it does, reward it with the treat. This is something that will require a lot of repetition. A good idea may be to say the “come” command, reward the dog, and the follow it up with a “sit” or even a “down” command.

It’s two-in-one training! Not all dogs are going to come, not even for treats, in which case a retracting leash may come in handy. Let the dog walk around with a good length of line, say the command, and if the dog does not come for the treat, slowly pull the leash in to get the message through. Eventually, this should make your dog come to you all on its own. Remember to have lots of treats on hand when teaching a dog to come.

The next really easy command to teach a dog is “off.” Some might use “let go.” or something similar, but “off” is one simple word and it tends to work best when you want your dog to either let go of something or not touch something at all. Here, when your dog has something in its possession they should not have, do your best to take it away.

Sometimes you may have to pry the dog’s mouth open a bit, which is fine, but just be careful that you are not rough, especially with a puppy. As soon as you remove the item in question from the dog, say the command, “off,” and make sure the dog does not take the item back. If it is a puppy, it will try to get the item back, in which case you simply use a bit of gentle force — gently hold the puppy down and keep the item out of its reach. You may want to repeat the “off” command.

However, in any case, as soon as the dog lets go and you say the command, you need to reward them with a treat. Moreover, the dog will calm down eventually and stop trying to take the item out of your hand, at which time you also need to provide a reward. This can be a bit of a harder command to master than any of the others discussed, but still more than possible at a young age.

These tend to be the four easiest commands to teach dogs, with others like “stay,” “fetch,” “roll over,” and others coming later. “Stay” might seem simple, but it’s actually one of the hardest to master. At any rate, just don’t lose patience and remember that endless repetition, positive reinforcement, and great dog treats are the keys to success. For more dog training products, there is more information here.

How to Get a Tick Off a Dog with Dish Soap